Behind The Rings: 5 Things You Should Know About Audi Service in Nashville 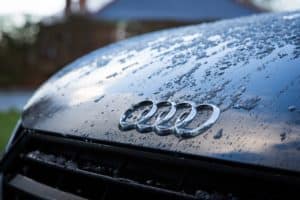 You get behind the wheel each day, but how much do you really know about your vehicle? Audi service techs from Nashville’s GPO Tuning(German Performance Options) say probably not as much as you think. The performance tuning experts note that there is much more to the brand than most people consider when they park the rings in their driveway. Here are a few interesting facts about Audi that owners and automotive enthusiasts alike should know.

Did you hear? Audi was named by a child.

The Audi name is synonymous with safety and luxury, but few people know this moniker was the suggestion of an eavesdropping little boy. Sometime after the turn of the 20th Century, August Horch, one of Audi’s original owners, was trying to come up with a name for his business, which was then known as Automobilewerke GmbH Zwickau. So he held a meeting with two of his closest friends, Paul and Franz Fikentscher. Horch was unable to use his own name on the vehicle due to legal reasons. Franz’s young son, who had been playing in the background, worked up the courage to voice his suggestion: Audi. Audi, like Horch, translates in Latin to “hear.”

A union represented in branding.

According to Audi service professionals, Nashville drivers love their vehicles. So much so that there are thousands of them gracing the pavement of Music City each day. Interestingly, the four-ring logo you see passing you on the highway is not just there for aesthetics. Each one represents one of the original four companies that would eventually emerge and become the Audi of today: Wanderer, DKW, Horch, and Audi.

Left-driving vehicles are the standard in the United States. In other countries, however, most drivers occupy what we consider the passenger seat. If you were asked about the first left-driving car, would you know the answer? If you have been paying attention so far, you would safely assume that it was an Audi, the Type K, to be exact, which debuted at the Berlin Motor Show in 1921. Audi service techs often dream of getting their hands on one of these, which, in addition to being the first post-war design released by the company, was also the most technologically-advanced car on the road at the time. It could achieve speeds of nearly 60 mph without performance tuning. That was a major feat at the time.

According to Audi service and safety specialists, Nashville drivers might be safest behind the wheel of their favorite German import. Audi is known to put safety first, and, in 1938, was the first company to introduce crash testing. The 2019 Audi Q8 is considered one of the safest vehicles on the road with an overall five-star rating from the people that know best, the NHTSA. Bonus knowledge: To ensure drivers have easy access to safety information, the Audi service department offers its handbooks in digital format. https://ownersmanuals2.com/audi/q8-2019-owners-manual-73360

Like many manufacturers, Audi has dipped its toes into the waters of other products. Currently, the auto producer stamps its logo on an exclusive line of products designed exclusively for pampered pet passengers. Leashes aside, the company also manufactures another vehicle, an electric bicycle. Rest assured that as impressive as this two-wheeled wonder is, it won’t soon be in the bay at Nashville’s GPO Tuning(German Performance Options) as Audi service extends to vehicles of the four-wheel variety only. Then again, who knows? Maybe we are missing out on a new service offering!